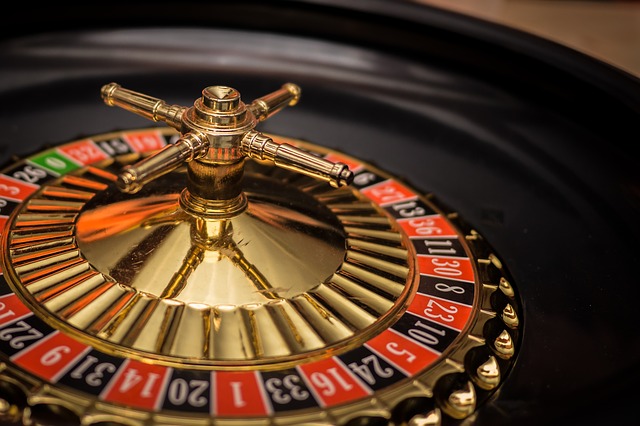 What is a game engine?

If you regularly read articles about computer games, you will definitely come across the words “game engine”. And you know that it can be fast, slow, thoughtful, unsuccessful, habitual, and so on. And what is this “engine” that is hidden under a beautiful wrapper of textures and scripts for a computer game? It’s not a car engine. What then? Software code? A complex of applications for programmers and players? Let’s understand a little more.

The concept of “game engine”
The term “game engine” is a direct copy of the English “Game Engine”. In fact, this is a complex of application programs combined into a single whole, with the help of which graphic visualization, sound accompaniment, movement of in-game characters, their actions in accordance with scripts, as well as online play, built-in graphic scenes, compliance with physical effects and laws, and much more.

This term first appeared in the mid-1990s. It was associated with games in the first-person shooter genre, or rather, with the most popular Doom at that time. The source code of this game was built very thoughtfully, with the main components highlighted: 3D graphics system, sounds, collision calculations, scripts. This led to the fact that game programmers did not write their own code, but used the achievements of the Doom developers, making some changes to the code: drawing other levels, changing the graphics and appearance of weapons, adjusting the rules and releasing new games based on everything that same code from Doom.

Is there any benefit to using a pre-built game engine? Undoubtedly. The developer receives a ready-made high-quality tool with a large number of libraries. As a result, he does not have to write much of the underlying code and can focus on implementing his ideas, graphics, game mechanics, and story without wasting time writing code from scratch.

As a result, a number of companies started developing game engines specifically, and game developers began to buy licenses for them, as happened with Unreal Engine or id Tech 3. The cost of a license can range from several thousand to millions of dollars. But at the same time, it should be noted that many game engines, for example, the popular Unity and Unreal Engine 4, are available for free for non-commercial use. Let’s take a closer look at these engines.

Features of popular game engines Unity and Unreal Engine 4
Unity and Unreal Engine 4 are the most popular engines in the development environment due to their convenience, detailed elaboration and a large number of additional libraries, which allows you to customize and implement almost any idea that comes to mind of designers and game developers.

This engine can safely be called a legend. Its development began in 1998 and since then it has been constantly modernized, supplemented and improved. The modern Unreal Engine 4 is an engine on which games are written for any platform and operating system, from Windows to all modern consoles – Playstation 4, Xbox One, as well as mobile platforms, including iOS.

On May 13, 2020, developers from Epic Games announced Unreal Engine 5 and showed a demo for the Playstation 5 console. This engine is expected to be released in 2021, but for now, developers continue to work with Unreal Engine 4. It is currently free, provided that the apps bring in no more than $3,000 per quarter. If the amount of profit is greater, you will need to license the engine and pay its developers a percentage of the profit.

Unity
Unity is one of the popular platforms for game developers. You can hear that this engine is called the youngest. But here it should be noted that it appeared in 2005 and has been successfully developing since then.

Like Unreal Engine, Unity is cross-platform. Games are written on it for any platform and in any genre. Unity makes both simple arcades and puzzles, as well as first-person shooters with a rather complex game world. An example is Dead Trigger. Another example is the interesting strategy Endless Legend. The engine is free for non-commercial use, and when writing commercial games, it is required to pay a commission fee to the authors of the engine.

A big plus of Unity is its ease of development. Minus – graphics in games created on the basis of this engine. It looks simpler and not as realistic as the Unreal Engine. Nevertheless, about half of all mobile games, according to the assurances of the developers, are written on this engine.

How games are made with game engines
For a developer of game applications, engines are a software environment in which he develops a project. Its use allows you not to deal with such routine things as describing how to work with graphics, sound, and a physical model. But this does not mean that you do not have to program anything. The developer will still need to write scripts for in-game actions. On Unity, for example, you will need to work with C #, and on Unreal Engine, knowledge of programming languages ​​\u200b\u200bwill not hurt.

It should be noted that an important feature of the Unreal Engine is the Blueprints technology, which allows describing game logic and events using graphic schemes, without using programming languages. This, of course, will lead to the fact that the created game will take up more space and require a faster platform, but the development process is greatly simplified.

Using game engines allows you to get rid of writing code for many routine moments, since, in addition to the engines themselves, there are a huge number of libraries and extensions for them. With their help, the first simple games on Unity can be created after a few hours of learning the platform. Especially for beginners, there are many projects in Unity like the Creator Kit and Microgame, which offer a large number of source materials for writing simple applications in 2D and 3D. Unreal Engine also has a lot of libraries and lessons that allow you to quickly master the programming environment and start writing simple game applications.

All game engines allow you to add and draw levels, their elements and characters, prescribe events that occur depending on the actions of the main character. At the same time, the developer does not waste time writing hundreds of lines of code, but is only engaged in the implementation of his immediate ideas.

So what is a game engine for the player and developer?
It turns out that the game engine, from the point of view of the developer, is a software platform on which the application is being developed. By the way, this is not necessarily a game. Unity, for example, is actively used in work on applications with augmented reality. And this is not only games, but also guides, reference books, encyclopedias and much more.

And from the point of view of the player or user of the written application, the game engine is the basis of the game, on which the plot, levels, graphics and music are superimposed by the developer. The difference between these two definitions is small, but it still exists.