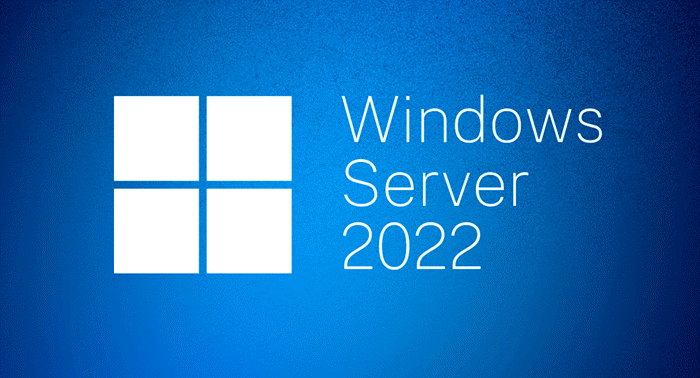 New features in Windows Server 2022 that you should know about

Network protocols, new management tools, and improved speed and security for storage are all included in the latest version of Windows Server.

This summer, Microsoft introduced Windows Server 2022, which comes with a slew of new capabilities and is ready to take on production workloads. What’s new in the most recent release of Windows Server? Let’s have a look at what we’ve got.

Network protocols have been updated.

It’s no surprise that performance is a primary focus for Microsoft in Windows Server. The majority of people who use Windows Server do so to host important business services and applications that support employees or customers directly. Time is money in either instance, and the platform on which your key systems run must be both stable and efficient.

In Windows Server 2022, Microsoft has made some major networking enhancements. To begin, the Google-developed Quick UDP Internet Connection (QUIC) protocol has been implemented, which improves UDP connections in a variety of ways, including encryption, decreased latency, connection reuse, version control, and extension frames. UDP also gets some love from UDP Segmentation Offload (USO) and UDP Receive Side Coalescing (UDP RSC), both of which offload a lot of the work of assembling UDP packets from CPUs to network devices that implement the protocols.

SMB over QUIC provides a number of potential advantages for corporate networks, but the most exciting is its ability to provide secure file access. TLS 1.3 tunnels SMB over QUIC communication over port 443 (HTTPS) rather than port 445 (SMB), and all SMB traffic is confined within the tunnel, so none of it is exposed to the network. SMB over QUIC is a good choice for mobile consumers or enterprises with strict security requirements because of these features.

Security and performance of storage

Many of Windows Server’s storage enhancements prioritise security over performance. These include encryption for high-performance network-based storage using SMB Direct and RDMA, as well as AES-256 cryptographic suites for SMB. These enable encrypted traffic for applications that need a lot of processing power, such as Storage Spaces Direct, Hyper-V, and Scale-out File Server, to name a few. SMB over QUIC is also supported by Windows Server Datacenter: Azure Edition, completing the security, reliability, and performance trifecta.

Additionally, SMB compression is available. It allows a user, administrator, or application to request that data being sent over the network be compressed in transit, eliminating the need to build a Zip file manually prior to transfer. Compressing and decompressing the data takes a slight penalty on both ends’ CPU speed, but it’s well worth it, especially on networks with limited bandwidth, such as Wi-Fi or even 1Gbps Ethernet.

[GET A FREE REPORT! Learn how the most successful CIOs are making the most of data collected through various channels. [Now available for download!]

Storage performance has been improved in Microsoft Server 2022, notably with Storage Spaces Direct. It was first introduced in Windows Server 2016, and it gives you more options for creating high-performing, highly available network-based storage. Synchronization, which permits redundancy and speed optimization, is one of its core features, although until Windows Server 2022, this synchronisation was dependent on internally derived priorities. With Windows Server 2022, you can customise the storage-repair speed setting, which has five levels to allow you pick between synchronisation and current workloads.

Storage Spaces’ storage-bus cache functionality allows you to connect fast storage media like NVMe or SSD drives to slower storage media like HDD drives, dramatically enhancing read and write performance while keeping prices reasonable. Storage-bus cache was previously only available on domain-joined servers, but it is now available on standalone servers as well. For systems that don’t require resiliency, the storage-bus cache can be used for both read and write caching, or as a read cache for systems that require parity.

It’s never been easy to migrate applications and other company resources from legacy systems to new platforms. Virtualization and containers assist to alleviate some of the agony, but only to a certain extent. The Storage Migration Service makes it easy to move key apps and services from one location to another, such as the Azure cloud or Windows Server. Additional features and sources are enabled with Windows Server 2022, including local users and groups, migration from (and to) failover clusters, and even migration from Samba shares on Linux.

Microsoft is significantly investing in its Azure cloud services, and one of the ways it does so is by tempting clients that have been sluggish to adopt the cloud with novel use cases that are too good to pass up. Azure Arc and Windows Server Admin Center are two examples of this. Both provide management capabilities for upcoming Windows Server 2022 features, despite the fact that neither is directly related to a Windows Server version. Version 2110 of Windows Server Admin Center, for example, includes a new security tool that enables you to use the Secured-core server and Virtualization-based Security features.

Azure Automanage is a new set of management tools aimed mostly at VMs operating on Azure, but it’s also suitable for on-premises use because it integrates Azure Stack Hyper Converged Infrastructure (HCI) and Azure Arc-enabled servers. During the onboarding process, Azure Automanage applies best practises to your server settings, such as server monitoring, log analysis, antimalware, update management, and change tracking. Even though Azure Automanage can be used to deploy Windows Server Admin Center, it currently does not support Azure Arc-enabled systems.

Hotpatch, a new approach for keeping Windows Server Azure Edition VMs updated while minimising downtime, is used by Azure Automanage to handle system upgrades. Planned Baselines, Unplanned Baselines, and Hotpatches are the three types of updates used by the Hotpatch system, each with its own cadence. Planned baselines will be provided on a regular basis (at first, every three months) and will contain all of the updates found in the Windows Update Latest Cumulative Update. Unplanned baselines will only be made available if needed, such as when a crucial update fixing a zero-day vulnerability is made available. Both baseline releases will require a reboot and will include updates from the Latest Cumulative Update. Hotpatch releases are issued more frequently and only include updates that do not necessitate a restart. Microsoft’s name is a touch misleading, since it uses the word hotpatch to describe both the overall system that uses all three forms of updates and the specific update type that does not require a restart.

Support for layering virtual machines on AMD CPUs is new in Windows Server 2022. Nested virtualization, or executing Hyper-V within a Hyper-V guest, was previously restricted to Intel processors. Nested virtualization can be utilised for a range of applications, such as packaging and distributing multi-server systems for development or training, as well as spinning up virtual machines from backup within isolated settings.

The concept of group managed service accounts (gMSA) isn’t new. gMSAs in Active Directory provide a safe means for apps to access network resources without requiring manual account administration, such as changing passwords; instead, Active Directory administers the account. The new feature of gMSA in Windows Server 2022 is that it can be used on hosts that aren’t part of an Active Directory domain. This is accomplished by creating an Azure AD account, which provides gMSA benefits by allowing container apps to access resources via the Azure AD account. There are also some other advantages: The requirement to domain-join Worker nodes has been removed, allowing for more scalability, and a secret store may be used to maintain and distribute credentials across different container hosts.