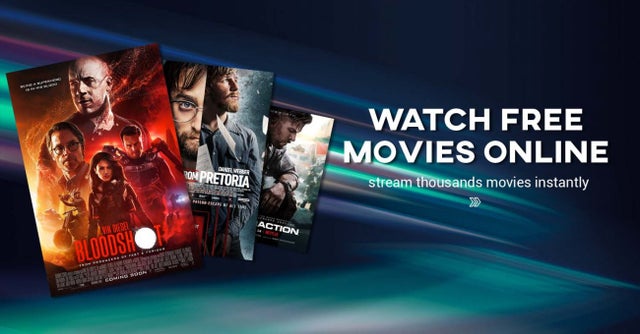 No one knows how long relatively free access to the global network will remain in Russia. However, the events of recent years do not inspire optimism. Testing of the sovereign Internet, permanent wars with instant messengers and IT giants clearly demonstrate that the authorities are seriously considering all possible options. One of them is disconnection from the global network.

The meaning of the term “Balkanization”
The term “balkanization” is taken from the history of the southern Slavs and means disintegration and isolation. After WW2, several states in the Balkans were united with the help of the USSR into one country – Yugoslavia. After the collapse of the union, Yugoslavia soon broke up bloodily. A similar fate is predicted by the global network.

Main causes of balkanization
Created to erase the borders between states and bring people closer, the universal Internet space is on the verge of balkanization. That is, it may be divided into separate segments, the contours of which will coincide with the borders of individual states or military-political alliances. There are many reasons for such bleak prospects:

These problems are relevant not only for Russia. The authorities of many countries simply do not have time to respond to the changes taking place in the Internet space. The leadership of some states did not wait for serious problems and took a number of measures that limit users’ freedom of action. The most famous example is China.

Great Chinese Firewall (Great Firewall, GFW)
China has controlled the internet since 2005. The official name of the blocking system is the “Golden Shield”. The Chinese Communist Party spent billions of dollars on this and adapted the legislation. The modern Chinese “Golden Shield” blocks more than 300 thousand domains, and their number is increasing. Here is a partial list of restrictions:

users in China do not have access to Google, Facebook, Twitter;
Chinese sites cannot publish without approval news taken from foreign resources;
Wikipedia in China is permanently blocked;
VPN services are controlled by the regulator.

The Chinese Cybersecurity Law limits the anonymity of users, as it requires mandatory verification. It prohibits the disclosure and sharing of personal data, except in situations where the user himself allows this transfer. The law does not allow storing important information on foreign servers.

The provisions of the regulation restrict Western IT companies from entering the Chinese market. To be eligible to participate in projects, they must go through a rigorous certification process. In addition to adjusting their activities, IT companies are required to disclose the source codes of the supplied software.

How are things in the US
It was not only the communist leadership of the PRC that took the path of Balkanization. Liberal-democratic America has also trampled on its declared principles. Under the Trump presidency, net neutrality has been abolished. Thanks to this, providers temporarily got the right to block content at their discretion.

America in this regard is stormy. The Trump administration has effectively repealed the net neutrality rules that were enacted in 2010 and extended under Barack Obama in 2015. Trump also fought against TikTok and WeChat. When Biden became president, Trump’s executive order was canceled and net neutrality was returned. However, a number of other restrictive measures were immediately taken.

Biden signed a decree limiting the monopolies of IT companies, which, according to the official version, is intended to significantly reduce the use of non-competitive practices. However, in reality, he is increasing the influence of the state on such giants as Google, Facebook, Apple and Amazon. That is, the US authorities have legal levers to limit freedom of action in the Internet space.

Problems with freedom of speech

Another clear example of network control and violation of freedoms is the blocking of Trump’s accounts. Depending on political preferences, one can defend the position of opposite sides for a long time. However, the fact remains that the freedom of action on the Internet was violated for the sake of political conjuncture. After all, no court has found Trump guilty.

Durov’s wars with the US Securities and Exchange Commission are interesting when he was forced to close the TON project. The Gram cryptocurrency was recognized as a security, which obliged Durov to stop issuing it, pay a fine and return the funds to investors.

The freedom of American Telegram users is also limited – the FBI demanded and received access to this messenger. However, users of this app are not alone. US intelligence agencies have access to Signal, Viber, iMessage, Whatsapp, Line, Threema, Weechat and Wickr.

Russian Balkanization
Until 2014, the Russian authorities pursued a relatively liberal policy towards virtual space. After the deterioration of relations with the US and the EU, the government began to tighten the screws. Recently, the authorities have been doing this with particular zeal, and there is no doubt that the rights of Russian users will be infringed, and opportunities will be limited.

The process began to gain momentum when they demanded the keys to Telegram from Durov. These actions have already affected the interests of Russian users. As a result, Roskomnadzor (RNA) blocked Telegram by a court decision. The reason is the refusal to transfer data to the FSB.

The people decided to fight for their rights by throwing paper airplanes out of windows. However, such aviation is a priori unable to frighten and convince the security forces. The real help came from where they did not expect it – from the authorities. RNC turned out to be technically not ready to block Telegram.

The funny thing about this story is that Russian officials and deputies continued to use the messenger after the ban. The result of the confrontation is the conclusion of an agreement between Durov and the authorities of the Russian Federation. Thanks to him, the messenger was officially unlocked in 2020.

The story of an attempt to subdue Durov was accompanied by a mutual ban on news resources by Russia and Ukraine. The blocking left indifferent most users. Hysteria on both sides of the border was fanned only by paid propagandists of various kinds, who for a while forgot about the existence of VPNs.

Until 2021, the restrictions were local in nature and more often served as an occasion for jokes. However, during the election campaign and the elections to the State Duma, the situation escalated to the limit. First, from June to July, the authorities defiantly tested the “sovereign Internet”, for the creation of which back in the fall of 2019 they made changes to the Federal Laws “On Communications” and “On Information, Information Technologies and Information Protection”.

RNC then went to war with Facebook and Twitter. The official reason is the refusal of social networks to remove unwanted content. The demands mainly concerned the campaigning of opposition politicians. The fight went as far as slowing down Twitter, after which the management of the social network agreed to remove the content. It is noteworthy that the state publication Russia Today also fell under the slowdown.

Despite episodic failures, the actions of the RKN cannot be called unsuccessful. In the matter of control of the Runet, the Russian state body has achieved a lot:

over the past 2 years, Google has removed hundreds of thousands of links from search results;
Twitter in mid-July 2021 publicly reported on the removal of content;
in early October last year, Facebook also met the requirements of Roskomnadzor and began to remove publications.
Verification options for all Runet users are being actively developed, which will further strengthen control over the network.

However, Russian users are most concerned about the risk of YouTube being banned in the Russian Federation. The main reason for the conflict between the RKN and the popular video hosting is the blocking of the German-language channels Russia Today. Roskomnadzor demands their restoration and threatens to apply harsh repressive measures against YouTube.

At first, the RKN threatened just with a fine, and since February of this year, it has increased pressure on video hosting. YouTube users and owners may face search bans, ad placements, and payment restrictions. Such measures will first of all hurt ordinary Russians who make a living with the help of video hosting.

One could understand the blocking of the Russian channel Russia Today on the territory of the Russian Federation. However, we are dealing with a ban on overseas branches of RT. The German authorities do not want to see this media in their information space, which they have every right to do. Russian officials recently closed the Russian edition of Deutsche Welle in response, and this is understandable. What does YouTube have to do with it?

Despite all the blunders of the RKN, this supervisory body should not be considered completely helpless. Over time, Roskomnadzor increases its technical capabilities:

an automatic search system for prohibited content is being created;
a system for depositing encryption keys is being developed, which will provide the FSB with direct access to correspondence in instant messengers;
a mobile application has appeared that allows users to quickly complain about inappropriate content.

True, all these measures are more logically attributed to the creation of an effective system of internal control. But the ban on RKN VPN services is a direct path to balkanization. Roskomnadzor, one by one, closes companies that provide services to circumvent restrictions. The Tor browser and Opera VPN, Speedify VPN, IPVanish VPN, Hola VPN, ExpressVPN, NordVPN, KeepSolid VPN Unlimited were banned. Next in line are Tachyon VPN, PrivateTunnel, X-VPN, Cloudflare WARP, Betternet, Lantern.

Connecting IT companies to national domains

Another step towards a separate Internet is the need for IT companies to connect to national domains. This requirement contains the law on “sovereign Runet”. From August 2021, the RKN began to fine violators. However, companies are in no hurry to connect to the Russian national NDIS system and explain this by fear of failures in its work. So far, it is more profitable for them to pay small fines than to suffer serious losses, but everything can change after the increase in amounts.

Realities of the EU
The EU also does not disdain creating problems for global IT giants. The latest actions of European bureaucrats concern Mark Zuckerberg and his offspring. The new EU law unambiguously interprets that the user data of citizens of the countries of the EU zone must be stored and processed on European servers.

Facebook and Instagram currently process data in the United States, where their servers are located. Meta and several dozen other companies from various industries are closely monitoring the situation. They try to predict potential changes in their work, assess risks and losses. Companies do not rule out the possibility of leaving the EU.

What the coming day has in store for us
Restrictions are inevitable – the balkanization of the Internet in one form or another will occur not only in Russia, but also in the rest of the world. This material lists only minor measures to provide protection from external influence and control internal traffic. This is a matter of national and economic security. It is important to do all this thoughtfully, and not in the way that RNA often works. In fact, the state body itself harms the authorities that have decided to secure the virtual space.