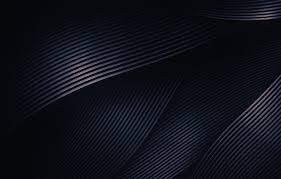 All About Steam Deck: What to Expect from Valve’s New Console

At the end of February, Valve will begin accepting orders for the Steam Deck console. After that, the first reviews and user reviews will appear. In the meantime, let’s figure out what kind of device it is, what its target audience is and whether it can revive competition in the portable market.

background
Steam Deck is not the first attempt by Valve to enter the gaming device market. In 2015, in the wake of the success of its store, the company created a hybrid computer and set-top box – Steam Machine. Working with iron manufacturers, Valve has released several versions of these computers.

However, the device never took off. Valve failed to explain to regular gamers why buy a Steam Machine instead of a regular PC. After all, if you want to play on your TV, just run an HDMI cable to it and pick up a wireless gamepad. The limitations of the Linux operating system and the impossibility of upgrading only scared me away. By the summer of 2016, Valve had sold less than 500,000 devices. The project was declared a failure and closed.

The controllers lasted longer (although they were not particularly bought either). Production stopped only in 2018.

The device is positioned as a full-fledged portable computer, and not an ordinary mobile device. Therefore, inside is quite powerful hardware – a custom quad-core Zen 2 processor from AMD (frequency up to 3.5 GHz), Radeon RDNA 2 graphics (up to 1.6 TFLOPS) and 16 GB of LPDDR5 RAM. According to Gabe , it was high performance that became the main priority in the development. Price was the last thing on my mind.

The main feature of the device is full compatibility with Steam and the ability to comfortably play any project from the service’s library. Yes, maybe on low graphics settings, but the frame rate should be playable (minimum 30 fps at 800p). Devkit tests confirm this. Shadow of the Tomb Raider and Doom Eternal deliver 60 fps on a low preset, while Cyberpunk 2077 can be played at 20-30 fps.

The base operating system is still the same – Steam OS. However, Valve took into account previous experience and developed a special Proton library . It improves compatibility for those games for which the developers did not provide Linux versions (most of them are on Steam). While everything is imperfect, there are problems with multiplayer projects. The list of compatible games can be viewed on a special website . Full support has been announced so far only for a few hundred games.

However, these tambourine dances are optional. Valve made a knight’s move: you can install Windows on the console without any problems. This means that there will be no problems with Linux compatibility at all. And you can use any third-party store. If you want, you install the Epic Games Store, if you want, you subscribe to PC Game Pass and download games from the Microsoft store. No restrictions at all!

The control buttons are reminiscent of the Xbox gamepad, but there are also Steam Controller chips. In addition to standard sticks, trackpads have been added – with their help it is much more convenient to play shooters and strategies.

There are four customizable buttons on the back wall – you can assign any actions or even key combinations to them.

There is also a slot for a memory card – this is especially true for the younger model.

The NVMe version with 256GB of storage will cost $529, while the 512GB version will cost $649. In the most expensive model, anti-reflective glass and an exclusive cover were added .

For Steam Deck, they promise to release a docking station. When it will appear on sale and at what price is still unknown. Unlike the Nintendo Switch, it will not improve the performance of the console. The dock is only needed to connect the device to the monitor. Since modern displays usually have Full HD or higher resolution, demanding games can no longer be played. But you can install Windows and work like a full-fledged PC.

The device is currently available for pre-order only in the US, Canada, UK and EU countries. Whether Steam Deck will be officially sold in Russia is an open question. Previously, gadgets from Valve were imported to our region by Buka. Last fall, she admitted that she was in talks about the distribution of the console. However, there was no further news. At the end of January, we contacted the company for a comment, but received no response.

prospects
Valve is taking a risk by creating a device that is aimed at both geeks and casual gamers. But it is important to understand: portable PCs now exist only in the form of Chinese handicrafts from AliExpress.

An example of a typical Chinese Handheld PC

Gabe, on the other hand, offers gamers a clear ecosystem, half the cost and incredible support from developers. The Steam audience is growing every year: now it is 120 million active users. How many of them will want to buy a Steam Deck is unclear, but according to Newell, Valve is counting on the console for the long term and is not afraid of failure right now.

Several factors can interfere with sales. First, there is a shortage of microchips. The PlayStation 5 and Xbox Series are almost impossible to buy now, and the components for the Steam Deck are made in the same TSMC factories. In the case of rush demand, a similar situation is possible.

The Switch has a closed ecosystem, relatively weak hardware, and a dedicated audience for Nintendo games. Full-fledged projects from a PC appear there periodically, but they work with a creak. For example, The Witcher 3 runs at 540p and is rife with frame rate drops. And the cost of the portable version is like that of a full-fledged game for a regular console.